My favorite movie of all time is The Fugitive. The movie, based loosely on the television series, features Harrison Ford as the escaped convicted (yet innocent) Dr. Richard Kimble. Hot on his tail is Deputy Marshall Sam Gerard played perfectly by the smart yet sassy Tommy Lee Jones. As Gerard and his team assess the bus crash train wreck scene (one of the best train wrecks on film), the Sheriff in charge seeks to avoid a media frenzy.

Sheriff Rollins: Well, looks like you came a long way for nothin’.

Deputy Marshal Samuel Gerard: With all due respect, uh, Sheriff Rollins, I’d like to recommend checkpoints on a fifteen mile radius at I-57, I-24, and over here on Route 13 east of Chester-

Sheriff Rollins: Whoa-whoa-whoa-whoa-whoa, wait a minute: uh, the prisoners are all dead. The only thing checkpoints are gonna do is get a lot of good people frantic around here and flood my office with calls.

Deputy Marshal Samuel Gerard: Well, shit, Sheriff, I would really hate to see that happen, so I guess I’ll take over your investigation. [Rollins looks at him incredulously] 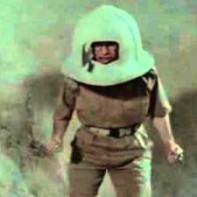 Newspaper is your news, entertainment, music & fashion website. We provide you with the latest news and videos straight from the entertainment industry.
Contact us: test@coffee-blog.co
© Newspaper WordPress Theme